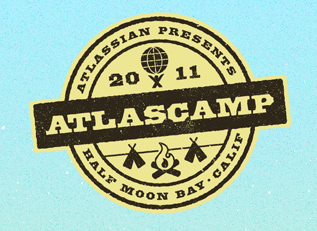 In my current job I’ve been learning a lot about Atlassian products and technology.  Before I started I’d used Bugzilla and TestTrackPro and a few wikis but none of the Atlassian products.  In fact I’d passed over Jira for the equivalent Seapine Product known as Test Track Pro.  As hindsight is 20:20, Jira is clearly the better product both in it’s included features and the tools available to extend it.

In my current job I’ve been spending a fair amount of time working with three main Atlassian products:

AtlasCamp is Atlassian’s yearly developer conference.  Since they have an office in San Francisco the conference is held locally in Half Moon Bay.  There were a few key takeaways for me that are worth mentioning

The AtlasCamp is a developer conference that is well done.  You can clearly see polish through the conference and it gets better every year.  At only $200 to attend, it is well worth the time and money to attend.