Today was a late start… yep, I’m finding that I like to sleep in. At first I thought the 400 mile day to Crescent City would have been the hardest day, but the ride through Oregon was the toughest I think. Although it was a full 100 miles less, the ride was much slower going. I’m not sure what 101 will be like through Washington but I’m hoping it’s faster than it was in Oregon.

I have to admit, I’m a big fan of cheese, both the real kind and the kind that surrounds a good joke. So the first stop on the trip today had to be the Tillamook County Creamery Association. For a second there you’d think that you were in Wisconsin as the place has that midwest feel, yet California is the nations largest producer of cheese. Along with cheese, the creamery makes homemade ice-cream as well. Being the diabetic, I had to try the sugar free butter pecan. It was pretty good for being sugar free 🙂 ! I ran across a few Harley riders in the diner there. One of them calls out, “Is that you riding the Ducati?” I guess the bike gear gives it away. I said no, I was on the yellow V-Strom. We chat for a few moments and I gather a few points on the road northward. Random fact for the day: each cow in the creamery association brings in about $2100 in income per year. That’s a lot of cows and a lot of milk. 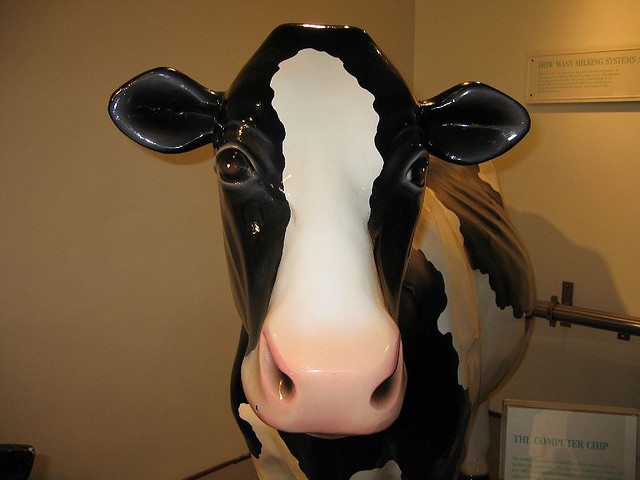 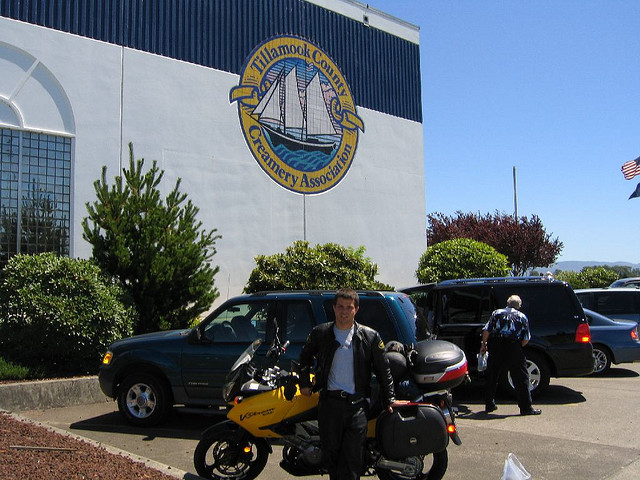 Cruising through the remainder of Oregon is much like the former day, lots of small towns and slow going. The scenery was great though. 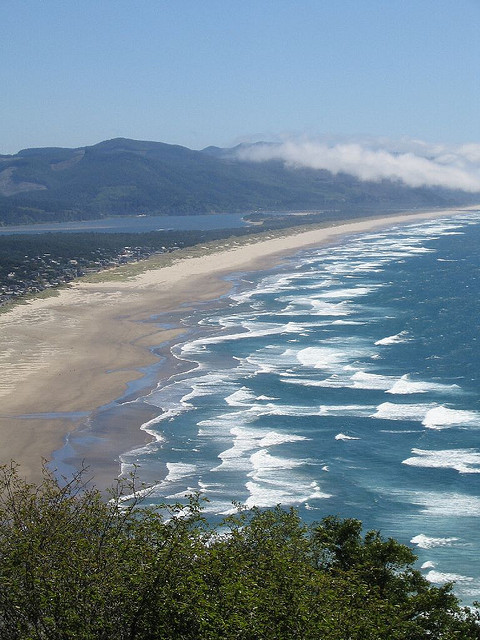 In about 70 miles I hit the town of Astoria, the top of Oregon. The weather was great through most of the state until about ten or 15 miles ago. The cloud cover came in and the temperature cooled off a bit. I was ready to get out of Oregon and the Astoria Bridge to Washington, also known as the”Bridge to Nowhere” could have come no sooner.

Upon arriving in Washington I had two bars on the fuel gauge which was about 65 miles to empty. I start looking around and see that the next town is about 50 miles away. To top it all off, I see the big black cloud to the west. So here I am in the middle of nowhere, barely enough fuel to make it to the next town, and it’s about to rain. I even feel the sprinkles. At this point, I begin to pray that there would be gas and the rain would hold off. A few miles down the road I find a Bonsai tree shop (to serve all of my bonsai tree needs that I did not know I had). They pointed me to a gas station that was sort of off the map to refuel. I don the rain gear and point the bike north. The 101 in Washington is a lot like it is in Oregon, well paved and two lane. However it’s much more inland and there are hardly any towns along the way.

There is a reason Washington is called the Evergreen State. 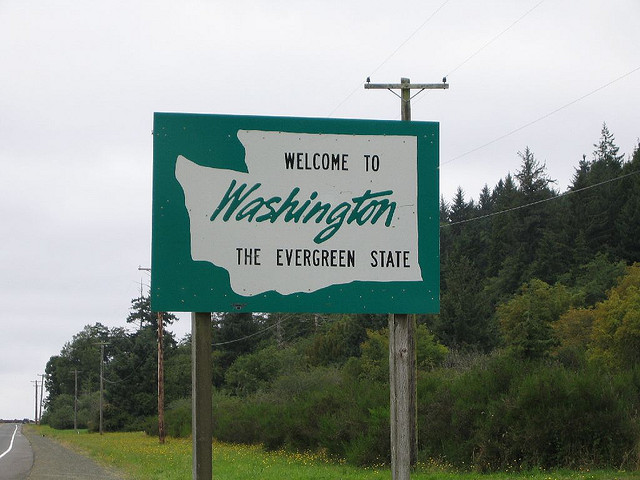 The forest through this area is super lush, even more so than it was in California. As with any good forest comes logging. In Oregon there was always a tree line on the road but the keen eye could see areas that were logged. In Washington they cut right up to the roadway. Might be a difference in state law. Most of the ride is along Willapa bay and Cape Disappointment. The bay is a nice change from the ocean as the smells are different, the road is much more easy going if you will and there is almost no wind.

About 60 miles later I arrive in the logging town of Aberdeen, WA. My time on the 101 is coming to a close and I do have sort of mixed emotions about it. On one hand it is exciting as at this point I know I’m going to make it. On the other hand though here is a road I’ve been riding on for some 900 miles that I’ve grown to enjoy. It’s not the same 101 that gets me to work. We’ve traveled through scorching heat, freezing cold fog, diverted what could have been a bad rain storm. I’ve seen a lot of good country on her path, yet with all things, they do come to a close. I turn off to the 12 headed east and onto Seattle.

Highways 12 and 8 run over a small mountain pass. I swing into a rest area and come across another rider in his 60’s who rides a DR 650, Suzuki’s sort of cousin to the bike I am riding. He’s a local who knows the back roads well. We chat for a moment on how I could go to Seattle and avoid the 5, but at this point I’m ready to get there. I hit a bit of the Seattle rush hour coming into town, but nothing too serious.

It’s great to see Andy and Raissa. It’s been about 4 months since I have seen them last. They have relocated here and just bought a home so it’s fun to share in their new purchase :). Raissa made some great pasta salad and Andy BBQ’s some steak with a brown sugar and bourbon marinade. We wrap up dinner with beer and ice cream (the real thing this time!)

Next stop: Portland. Huntsinger is getting married!