What a difference a day makes!

They say Oregonians want to differentiate themselves from Californians. That they do. Just about everything on this ride was different from the day before. Since I got in late last night, I decided to sleep in and have a leisurely start at 10am. The fog was burning off this late in the morning. 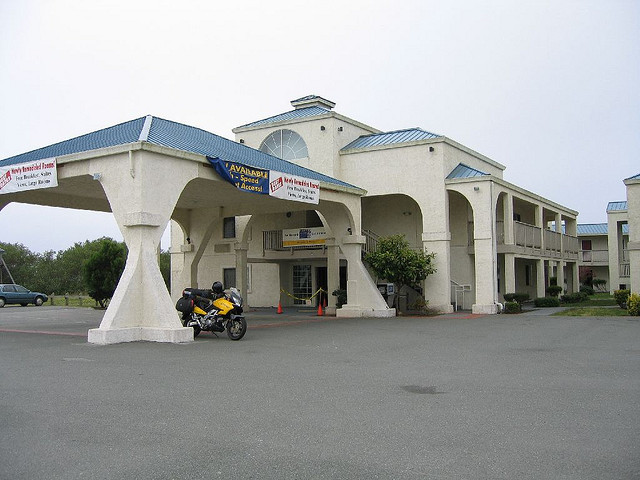 My muscles were a bit soar from the ride the day before. Two good buddies of mine Jeff and Wyatt took an epic camping trip around the top of California in 2002 and came across the Smith river. Since I was in that general vicinity and a swim would be good to stretch, it was worth a stop.

The Smith River is part of the Six Rivers National Forest, which is due east of Crescent City on the 199. About 10 miles out is Myrtle Beach. The water I tell you here is amazing. It’s clear and cold mountain water that you can easily see the bottom even though it’s 50 feet down. 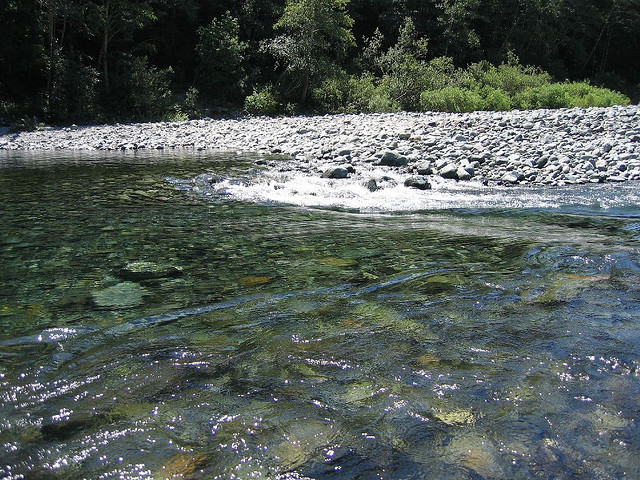 Growing up back east, I’ve only seen freshwater that clear once, at the Ichetucknee River down in Florida. The sun was hot and there were folks around so it was great to swim and get a few laps in. As I got close to one end of the pond, I got caught in the rapids in the photo. The water was only about 2-2.5 feet deep but it instantly picked me up and pulled me downstream. 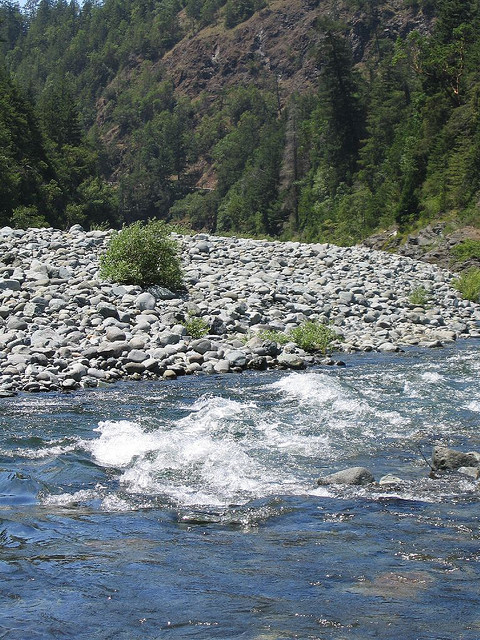 I got my feet in front of me and hit a rock with the heel of my foot as I was trying to near shore. I got to shore, but my foot was not in good shape. I stretched and soaked it in the cool water to ward off any potential inflammation. It was sensitive for the rest of the day.

About 30 minutes into the ride I cross over into Oregon. Within 5 minutes of riding I knew that this section was going to be different than it was in California. US-101 through Oregon is right on the coast, much like CA-1 in California. US-101 in California is a bit more inland and a 4 laner at 65mph so it’s a lot faster going. One random fact, California is the only state that “cuts out” the federal highway sign. In all other states it’s painted on a rectangle. The weather starts off nice, but much cooler than yesterday; it’s only about 70 degrees. The Oregon coast seems to be much rockier than the California coast. Every so often you’d see a big rock or several big ones out in the ocean that the waves would crash into. The wind is much stronger as I’m now on the coast and not protected by the trees.

One of the great things about motorcycling is that there is always a sense of camaraderie you don’t find many other places. In 700 miles I’ve waved to more people that I don’t know than I can remember. Most kids in minivans wave to you. All the way up there were flagmen as the road was getting paved in a lot of spots. At one holdout there was a local riding a Harley that was older than I was. Not a swipe the credit card Harley, but the real thing!

After about 5, the weather started to go south. I was planning on stopping at the dunes to go four wheeling but the weather was deteriorating, so I figured it would not be too much fun in the fog anyway. The fog was rolling in and the temperature was dropping pretty fast. At 7 Bank of America let me know it was 55 degrees. I donned my fleece and glove liners (thanks a million AJ) and kept driving north. If it was slow going before, it was really slow going now. The fog was really thick so visibility was not that great. I made it to Lincoln City, and was pleasantly surprised to find that the road turned inland. The fog was then gone and the ride was quite nice the final stretch. While I found these mildy disconcerting along the coast, it’s nice to be inland and away from the ocean’s influence. The other surprising thing is that these small coastal towns sell out their motel rooms in the summer. All I could book earlier in the day was a smoking room. At the end of this ride it was fine, as long as the sheets were clean and the room was warm. Both of which were met. Next Station: Seattle.